Jan Patočka (1907-1977), Czech philosopher of world importance, wrote his habilitation script with Edmund Husserl in Freiburg, where he also became acquainted with the work of Martin Heidegger. In his own work, Patočka tried to resolve the philosophical conflict between their various concepts of phenomenology. The attempt to add a historical dimension to the notion of Lebenswelt and to the concept of phenomenon as such led him ultimately to formulate a phenomenological philosophy of history. In his last essay, which is the main subject of my lecture, Patočka sketches out a "history of the philosophy of the meaning of human life, beginning with Kant" and sets forth his own concept of the meaning of history, influenced by Heideggerian motifs. I present a concise interpretation of his idea and take a critical position towards it. 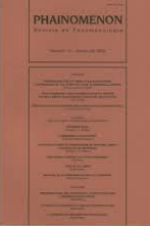